After a momentous train journey from Komarno to Bratislava.

We came to our final hotel on what had been a great Kevs Tour. The hotel we chose was out of the city centre but only a ten minute bus ride away. The hotel was called the Hotel Viktor. Check out their website at http://www.hotelviktor.sk. The hotel was a moderate price hotel, a 3 star similar standard to a travel lodge in England. 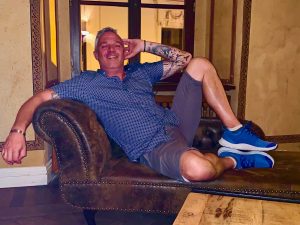 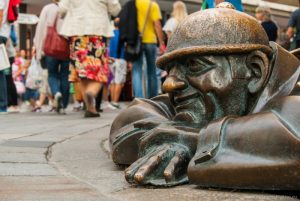 During our stay we went sightseeing including a day out to the local zoo called Zoologicka Zahrada Bratislava . Admission was 7 euros for what turned out to be a very large zoo covering a wide expanse of land on the outskirts of Bratislava. Be aware if visiting as it is situated on a hillside with a lot of hilly paths to navigate, if you wish to visit all the animals. However there are small snack and refreshment areas available for any needed rests. It will take the average person in excess of 3 hours to see all the exhibits at the zoo but it is well worth a visit, especially for the 7 euro price for admission. 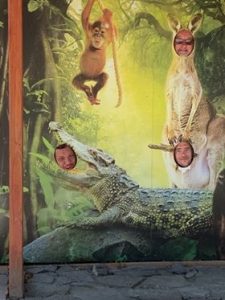 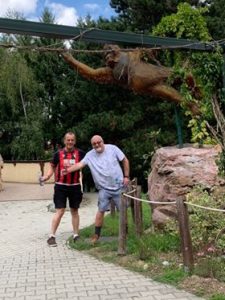 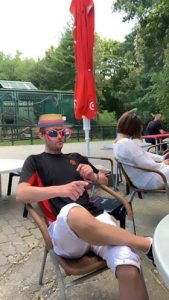 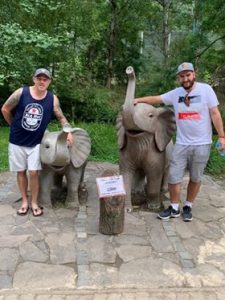 The town centre and old town is extremely attractive with a host of picture opportunities. Steeped in history, we spent a couple of days trawling the streets and visiting the local bars and restaurants. Local transport is cheap at 0.70 euros for 15 minutes of travel . 1 euro for 30 mins. Tickets are obtainable at machines situated near bus stops. Remember to activate them on a bus otherwise there are large fines. 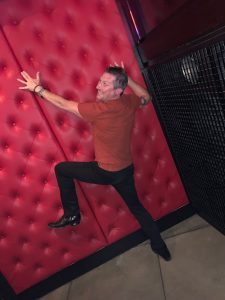 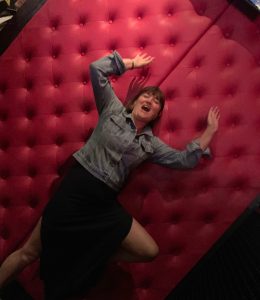 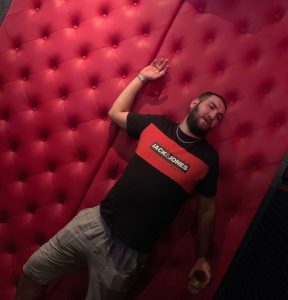 One of the most impressive sites to visit while in Bratislava is the Monumental memorial Slavín.  This is a huge cemetery located above Bratislava. It is the only official cemetery for 6845 Soviet soldiers, who died in 1945 during the liberation of Bratislava and are buried here. It was built in  1960 and two years later declared as a national monument. Every year on the 4th April, a celebration takes part here as a tribute to the fallen soldiers.

The surroundings of the Slavin

The stairs lead to the six mass graves and 278 individual ones. Above all there is a 39,5m high pylon with an 11m high sculpture on top illustrating the soldier holding the flag of liberalisation.

All around the area there is a giant park. As this is the highest point of the city, from the eastern terrace there is a wonderful panoramic view of the whole of Bratislava. This is well worth a visit.

Getting there by public transport

There is no direct connection to the Slavín monument by public transport. The closest stop is called SAV. Many buses, trolleybuses and night buses stop here. When you get to the stop, you have to walk down the “Štefánikova” street towards the city center. Then you take the first right towards the “Puškinova” street, which will lead you up to the hill to the “Mišíkova” street. If you continue to the left by this street you will get directly to the stairs, which lead to the monument. It should take about 15-20 minutes walking. Beware there are a lot of steps!

Highlighting the skyline in Bratislava is the castle. 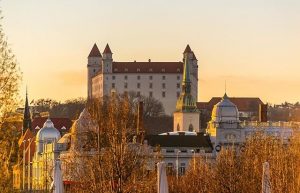 The most significant symbol of the city – the Bratislava castle – is located in the very centre of Bratislava. Its interesting design with four towers on each side shapes the panorama of Bratislava from every angle.

A bit of history

The castle obtained the rare shape already in in the 9th century but the strategic position has been held much earlier. Since the mid-16th century, when Bratislava became the coronation city of the Hungarian Kingdom, council meetings engaged the castle and the coronation jewels were stored here. In 1811 the castle burnt down and was reconstructed only in the 60s. It is has become a national cultural monument since 1961. Currently it is still being partially reconstructed , yet accessible for the visitors.

Nowadays the castle hosts many expositions and is an ideal place for walks with beautiful surroundings and views.

Getting there by public transport

A direct connection by trolleybus number 203 and 207 is available. The stop is called “Hrad” (Castle) and is located only 2 minute walk from the castle. Both buses go through the city centre.

Getting there on foot

There is a possibility to access the castle via 3 gates:

Apart from the Castle and the Slavin there is a lot to see in Bratislava.

And a host of things to enjoy including a cruise along the Danube. We spent one day travelling to Vienna which was another great Kevs tours day out in its own right. If you wish to do this trip please make sure you book in advance as they fill up quickly. We used http://www.twincityliner.com a great catamaran service at a cost of 30 euros each as of september  2019. The offices are at Hauptdeck Reihe 9 Plaza F. Alongside the Danube to the left of the main bridge across the river. Situated on the bridge is  the UFO tower.In 45 seconds, you can get to the very top of the UFO restaurant by an elevator, where an open-air outlook place is situated. From the height of 95m you can enjoy the view up to the distance of 100km. 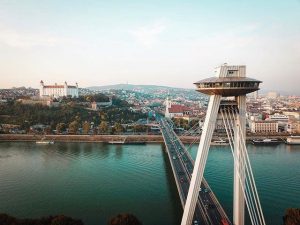 Kev and John enjoying a great Chelsea win at Bar 1.

We all enjoyed Bratislava and its varied culture and nightlife, while we were there we were luckily treated to the annual food festival with music from a local DJ. Whats not to like ? 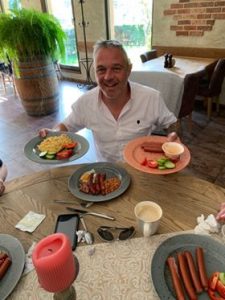